How far do our technology and gadgets take us? Let’s take a look at the progress of tech in history.

Tech geeks, to a huge degree, love new and shiny gadgets. Some even go the extra mile and use their credit cards to get what they desire. It is all fine and dandy if you ask us. However, you might be missing an essential thing about gadgets, and that’s progression.

Let’s take a more in-depth look at the evolution of gadgets in the past couple of years. See how things progress and how far we are right now from these gadgets’ original renditions. 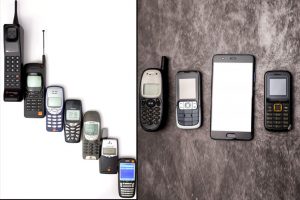 Of course, we’ll have to start with our trusted mobile phones! In today’s standards, people consider their mobile phones a necessity in their daily lives. It helps them connect with their loved ones and to the world. With the help of all kinds of connectivity, such as wifi and mobile carriers, many things are now possible. Now let’s step back a little bit and see what our trusted steed looked and felt like back in the day.

Many people, to some degree, will agree that the mobile phone they bought three or four years ago using their credit cards won’t look cool today — and they will miss some of the essential features we see in modern smartphones. Now that’s massive progress considering there’s only a couple of years between the two generations of phones.

Let’s rewind the hands of time and look at a couple of TV shows from the ’90s. You’ll instantly see how that brick-like, bulky, heavy phone evolved into the sleek, more powerful gadget that we use today. In fact, mobile phones made their way to the market in the ’70s, and that was a very long time ago. What’s the next innovation we’ll see on our phones? Who knows — maybe faster, more powerful internals, or phones that don’t rely on electricity anymore? Only time will tell. 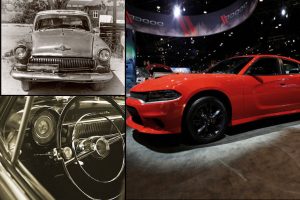 Back in the day, the only way to travel on land was by foot or with help of a trusted steed such as a horse. Now, we have state-of-the-art cars that run on gas and other petroleum products. In some cases, cars even run on batteries and electricity now. That’s what you call evolution.

The example we stated above are just for land transport — we haven’t mentioned other forms. It would be too much if we include other forms of transportation, so we’ll have to stick to cars and vehicles for now.

We might see self-driving cars traveling from point-to-point soon. After all, car manufacturers already implement the technology, but it would take a couple of years to apply that tech to the mainstream car industry. 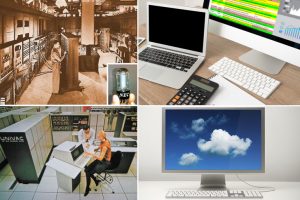 When we talk about technology, the first thing that pops into our minds is a computer. Yes, this innovative piece of tech already reached a long way compared to its original version a couple of decades ago.

For those who don’t know, first-generation computers were super bulky and were as big as a barn. On top of that, the components and circuits weren’t that powerful to begin with. Above all, earlier iterations of computers cost an arm and a leg. People might have needed to apply for a big loan just to get one.

Nowadays, anyone can build their computer, and it can powerful enough to get the job done. What’s coming next for our modern computers? Well, your guess is as good as ours.

After we visit all the cool tech of the modern age and look back to its history, we can all agree that our technology has come a long way. However, innovative minds are still in the hunt for something bigger, faster, and more creative, so the modern tech we enjoy today might become obsolete in the coming years.