Apple still holds Steve Jobs in high regard, and it shows in the path the company takes towards its goals.

Whenever we think of Apple products, we always remember the strong presence of its former CEO and co-founder Steve Jobs. Even to this date, Jobs still holds a profound influence over the company’s goals. Let’s take a look at his overall impact on Apple’s game plan and how he changed the company that’s considered one of the best in the industry.

Who is Steve Jobs?

Steve Jobs was the chairman, co-founder, and CEO of Apple Inc, who was also considered one of the best executives on the face of the planet. He’s pretty much the reason why people put such a high degree of respect in Apple and their line of products.

If you have a Macbook, iPad, or even an iPhone, that means you have an imprint of Steve Jobs’ vision for his company. For those who don’t know, he pretty much carried Apple on his back and slowly climbed to the top. In fact, in 1997, the company was almost on the brink of bankruptcy, and Jobs steered them on the right track.

A couple of years after his passing, the executives and high-ranking officials leading the company acquired the traits they needed to continue riding the top of the investment tree. Jobs promoted and modeled his company to his personality. He also inscribed his philosophy, as well as his leadership style to his underlings, and that principle still lives in Apple’s core values.

Steve Jobs and his Vision for Innovation 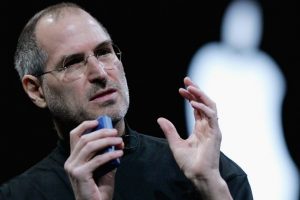 When we think about Apple, we often associate it with the word “innovation.” Their take in innovating things weigh a lot in the consumers’ market. In return, it brought them massive success in their line of business.

Because of the company’s strong sense of innovation, they pretty much became the industry leader and set a bar that became the industry standard. That’s one of the main traits that we can still see today in the multi-billion dollar investments the company makes, and they keep pushing their products to the utmost limit.

Another vital thing that makes Apple products so successful is their ease of use. They sure put a lot of thought into how the consumer would play a massive part in their overall success, and they could never be more right in that regard.

If we look at the framework Stave Jobs created for his line of technology in Apple, we can only see one thing. There’s always a user interface that is both simple and effective to use.

Over the years, these two key points became the bread and butter of Apple and they got imprinted into Apple’s DNA. Their hardware, software, and even their services show a significant deal of what Steve Jobs brought to the table. 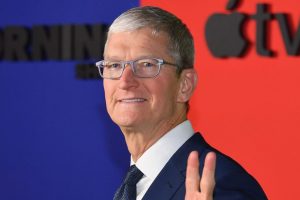 In the early 2000s, Steve Jobs already made moves that allowed him to groom his next successor who would lead Apple to even greater heights. His choice was none other than Tim Cook.

He put a lot of investment in Tim Cook’s development, and he even took him under his wing. All of his efforts paid off bigtime and look at where the company is at right now.

Today, Apple seems to be in an excellent spot to dominate the tech scene for another couple of years. The company may be under Tim Cook’s name right now, but a lot of people will agree that there’s still this thick scent of Steve Jobs lurking around the corner.